Many years of professional practice meant that we have made hundreds of independent installations during this time. Do you want to know what projects we have co-created? 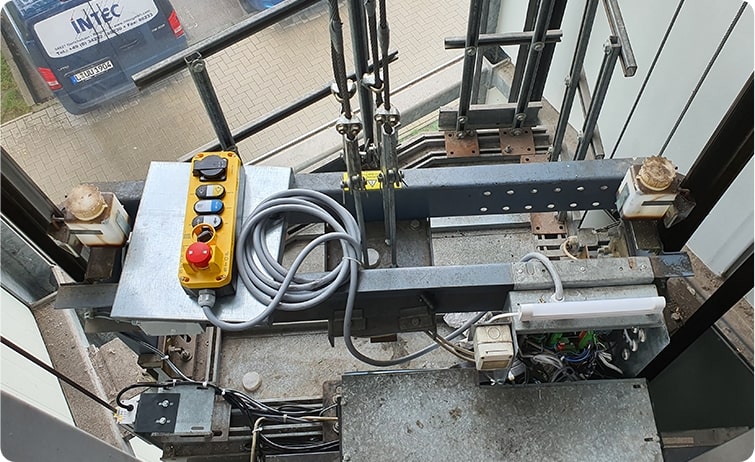 Elevator modernization for Thyssen Krupp. In the 90s, such cranes were added to the lower blocks. Both communication functions are very practically combined. There is a small cabin and an entrance to the building. An interesting solution is the engine room in the form of a folding wardrobe. Thyssen Krupp technicians installed a new Sassi winch, a system that detects uncontrolled movement of the cabin up or down, and the friction ropes were replaced. Our task was to build the control, install the inverter and other elements in accordance with EN81-20. 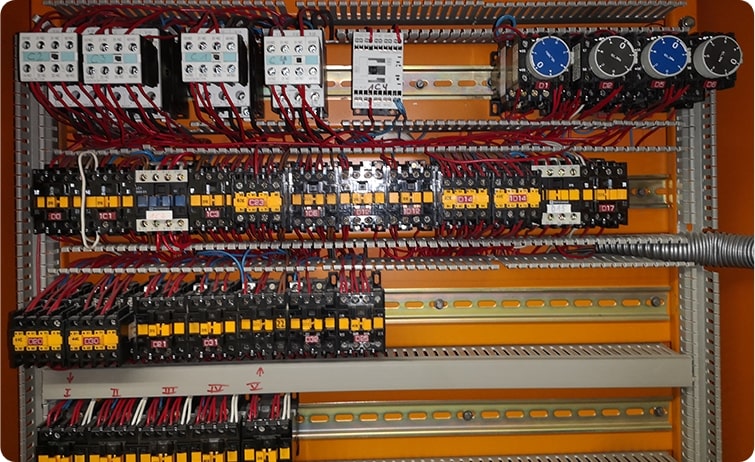 Realization for AFS Nachlinger.
5-story block of flats.
Replacement of the control, installation of the inverter, replacement of cassettes. 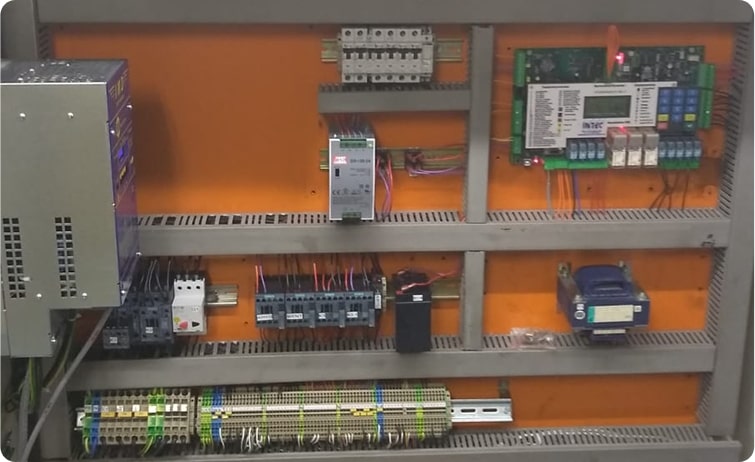 Realization for BOSCH.
Replacing the control in a group of two cranes. All cooperating elements of the old installation have been synchronized with our controller. 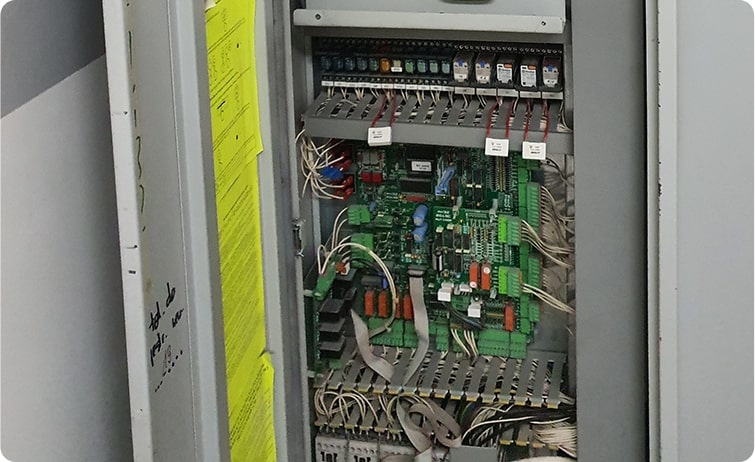 The project concerned the Medical Center in Goleniów 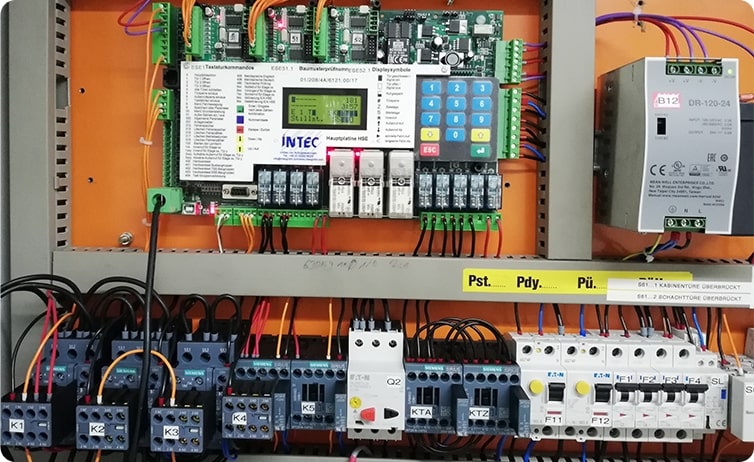 Realization for the Kone company.
Hydraulic crane, 5 floors.
Replacement of the control and adjustment of the crane to EN81-20. 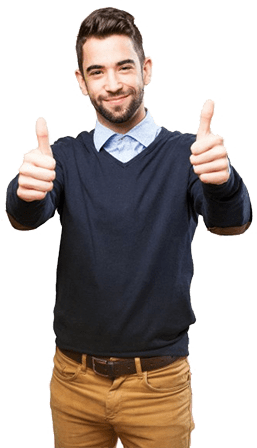 Do you want to know what your existing customers say about cooperation with us?

Check out our references